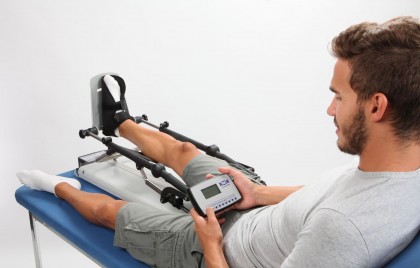 This product is not available in stock.

THE MODEL THAT OPTIMIZE TIMES WITH MEMORY CARD

Fisiotek 3000 GS model uses flexion-extension movement to allow mobilisation of the knee and hip. The movement of the device is based on the correct adjustment of the length of the patient’s femur, which is necessary for the positioning of the limb.The device is light-weight, only 9.5 kg, to ensure the greatest manoeuvrability during use. Limbs with a length relative to the patient’s femur from 32 cm to 49 cm can be rehabilitated The device can be programmed by means of:

Control console: the control console is used to program the functions of the Fisiotek device. The information display provides extremely sharp graphic symbol images that are clear and easy to understand to make use intuitive.

Remote-controlled START & STOP: the patient can use the Start & Stop buttons to fully control movement of the device. 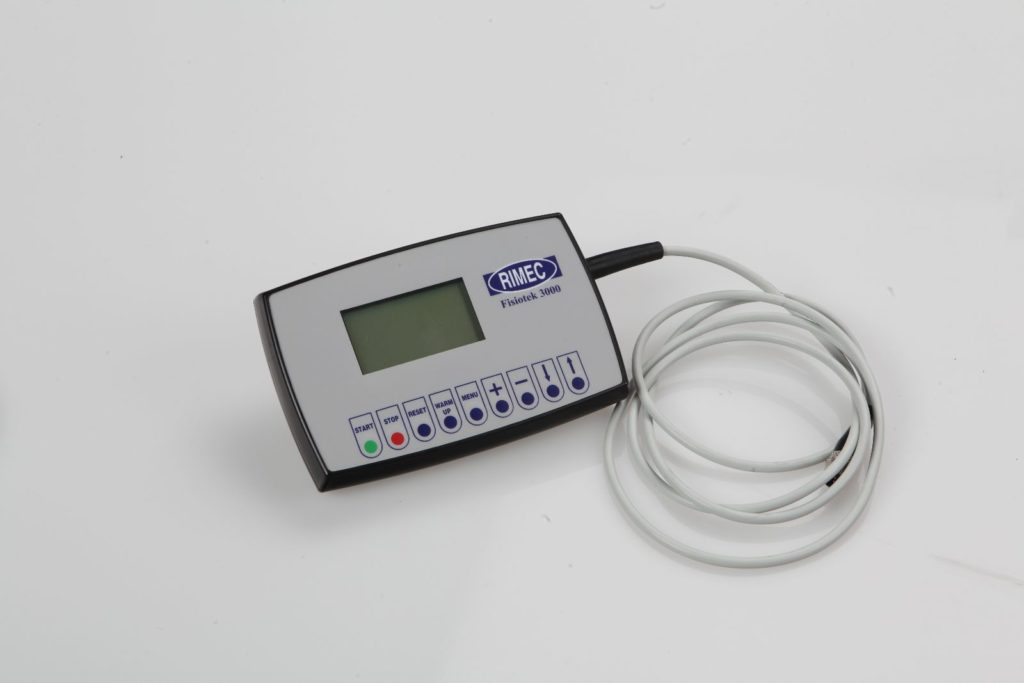 The Hand-held programming keypad permits programming and control of the device, and features the same functions as the control panel.

This accessory has also been designed to empower the patient to actively participate in rehabilitation therapy (when possible).

The keypad unit contains all the programming keys for the device, as well as START & STOP buttons for movement control.

The Hand-held programmable keypad is interchangeable with the START & STOP keypad and uses the same connector (this option is available only for Fisiotek 3000 series). 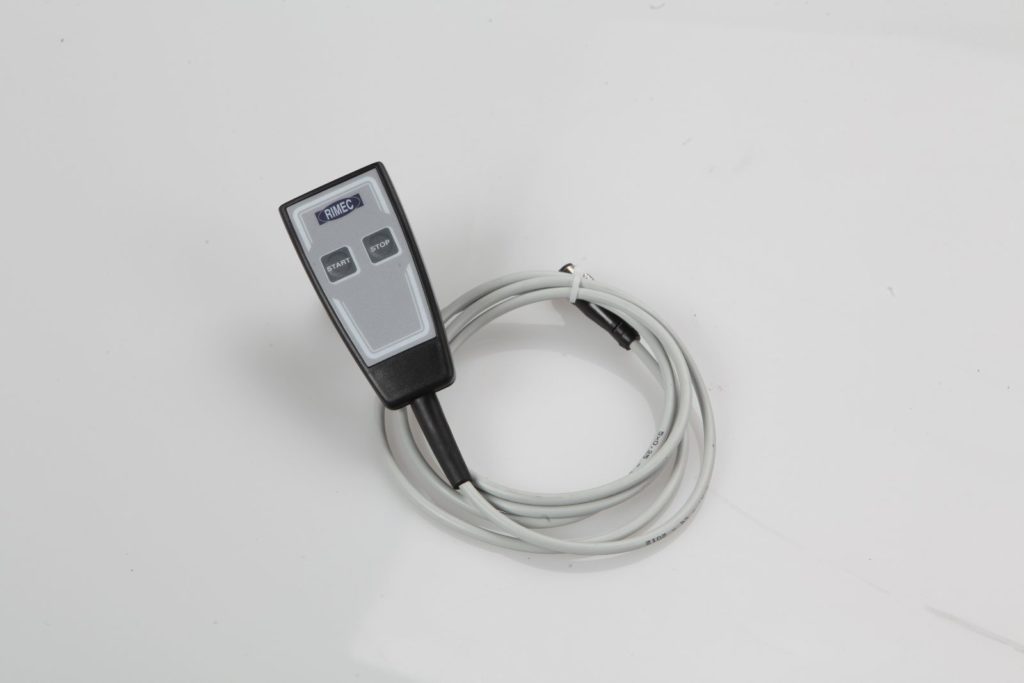 Thanks to this accessory the patient can easily control the movement of the device through START&STOP push buttons.

The START&STOP remote control is interchangeable with the Mobile Programming Keyboard, having the same connexion (this option is available only for Fisiotek 3000 series).

(3) Trolley for internal use: 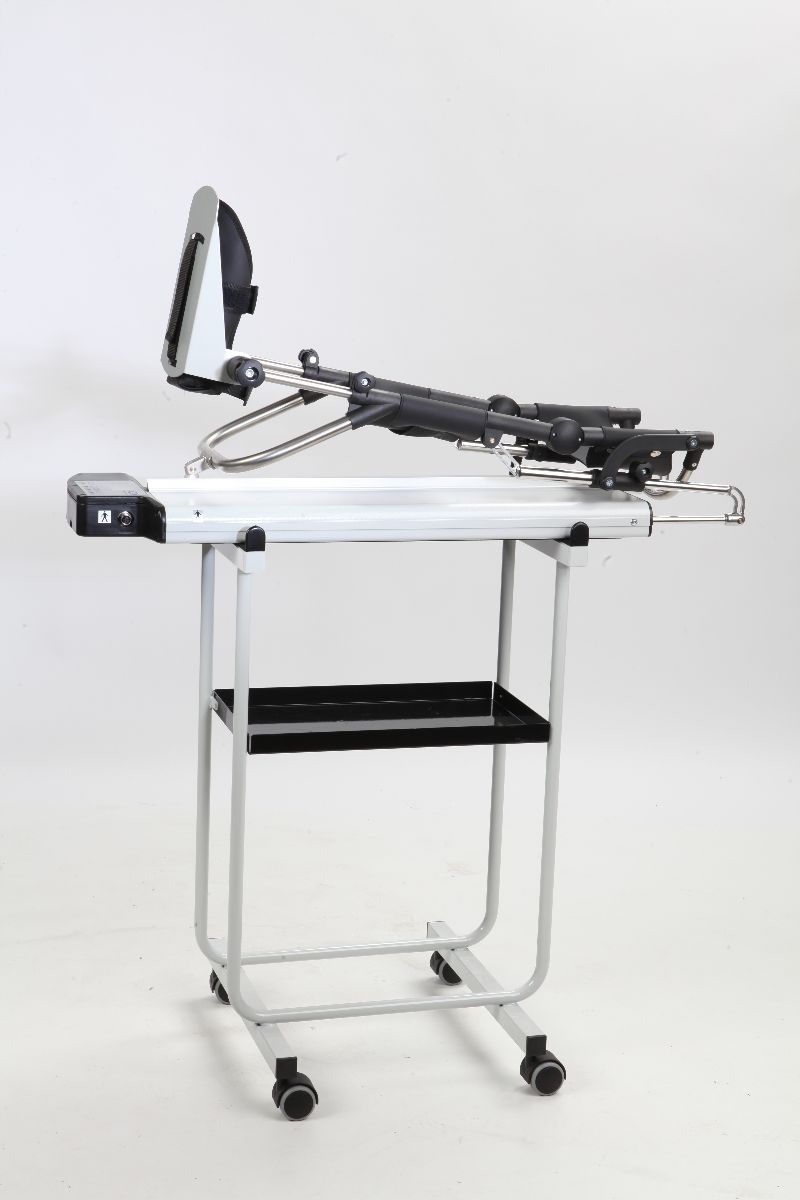 This trolley has been researched to solve problems of transport and sitting when not in use inside a ward or clinic.
Simple and functional, it is equipped with supports for the device in skid-proof material and a service shelf. 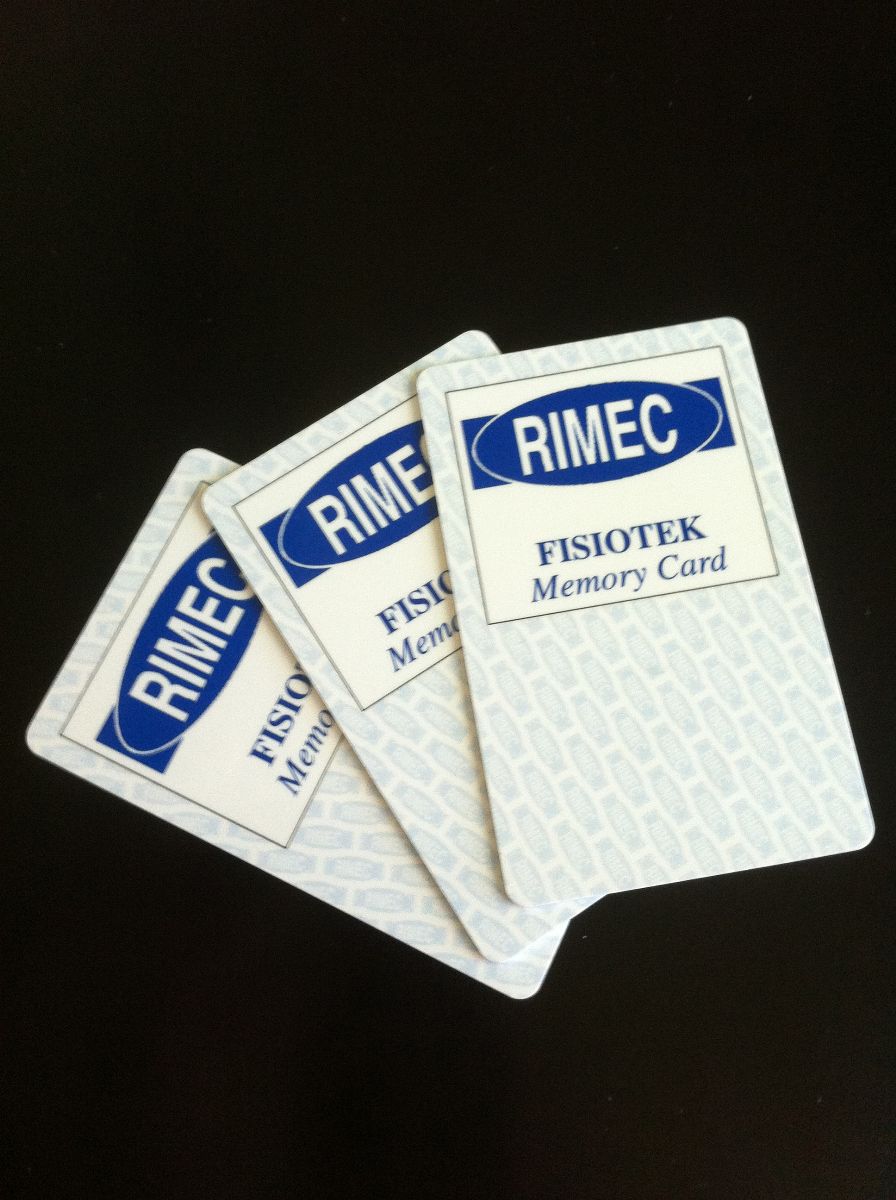 It is a card with a microchip inside, which can be inserted and removed from the apparatus: it acts as movable memory.
The apparatus operation data for each individual patient is automatically stored on it.
Following the first rehabilitation session, this makes preparing the apparatus for subsequent sessions easier and faster.

The Fisiotek 2000 models that use the Memory Card also have a function called Warm Up: its purpose is to “heat” the joint being treated with a few movement cycles having a work angle lower than the one reached during the previous session.

Memory card: allows the user to store programmed parameters for each patient and keep track of progress

Foot support: the foot support can be adjusted to allow more comfortable positioning of the patient’s ankle